The secret, almost sneaky way it appeared – so quietly I didn’t see it coming. I didn’t even suspect it was here, from tiny crumbs moving on to bigger bites out of me. Slowly chewing. Step by step. I started to notice something, even if only with the 6th sense. That millisecond when a glimpse of a thought crossed my mind. About something not being OK. Something being there – standing outside the door. Undefinable yet, but already there. Waiting.

But I pretended not to notice. I moved that glimpse further away, with the thoughts that should stay high on the top shelves of one’s mind. But the feeling didn’t disappear. It was neither still, nor quiet. Nor it could be completely silenced. It started to remind about itself in a more open, abrupt way. Stronger. Louder, yet bearable…the slippery “bearable”. I started to catch myself thinking it wasn’t really going away anymore, it never will. It had found hope to fight with, so they were. Fighting. Without sweat and blood but for a long time. I could feel it, almost physically. Unmistakably. Until one was down.

Hope was gone. The other one, full of power, was standing stronger than ever. And it had turned into my secret. To be carried around without being able to ignore, yet kept hidden. Most of the time it worked, though sometimes I walked in circles, trying to avoid a raised eyebrow or a concerned question. I tried to tame it, to talk with it, to even bribe but it was deaf and blind towards my attempts. I read to it. I took it for long walks or staring sessions. At people, trees, clouds, life passing by. To take its mind off me but I didn’t know we had already switched places. The more powerful it became, the less everything there was in me. Less of the “me” I used to be. Less the “me” everyone knew and was used to see. Expected and wished to see.

So I started to hide. Not only my secret but also myself. Sometimes not to disappoint others. Or not to see the worry in their eyes. Being afraid of the questions – asked and not asked ones, the confusion. Other times – because there was so little of me left inside I simply was not able to do anything else than hide. Powerless. I slipped more easily, or fell and crawled. More often. But nobody knew. I always had my “I am really fine” prepared in the pocket. The one that was the easiest to hear and – yes, the easiest to tell.

In the numbest days I sometimes tumbled, letting a couple of words or a sentence roll out of my pocket for someone to notice on the floor. But straight away I realized how wrong it was. Unfair. Towards everyone. Towards myself. So I gathered the scraps back around me, quietly. And it was happy. Finally. It had turned me. We had become one. We are. The Pain.

on the road
of no return silence
suddenly grows

* * *
tepid and bittersweet
in the last sip of coffee
departing summer

inevitable
the dance of a falling leaf
with a snowflake

a butterfly
under frozen lace of her wings
dreams of spring

As wonderful as it has been, the time has come for a break from blogging. Until…

Our inspiration on Carpe Diem Special this week is a tanka, written by a well-known haiku poetess Fuyuko Tomita:

* * *
Actors we all are, she said
mirrors to reflect
each other
We all leave the stage, she said
and left a smile in mine

Here’ s my attempt to stay close to the same mood and spirit:

This week our inspiration on Carpe Diem Special is another haiku, written by a pre-Basho haiku poet Iio Sogi (1421-1502):

Here’ s my attempt to stay close to the same mood and spirit:

* * *
last ray of sunlight
embraced by the horizon
yet another day

I was thinking about the best way to sum up the departing year, wondering what the right words would be until I found this song… The original version is from my childhood – from an old Russian movie about Mary Poppins, bringing back lovely memories. And I have the feeling it fits also today…when something is about to end and something new – to begin. Things change, winds do and so do we together with them…

The world keeps turning like a carousel,
Enchanted with an everlasting spell
With winds of malice, envy, strife and gall
Can’t count them all…

Can’t count them all-no life has been immune
To strife and anger that arise so soon
To crush our dreams and then instill our fears
With rains of tears and winds so fierce.

Day and night, the world of ours has ever been
Going ’round the sun,
Making all the storms of life and biting winds
Come full circle now.

Yet in this world there is a wind of change,
It comes to cause all things to rearrange.
It will come flying when the time is right-
To drive away the winds of strife.

Day and night, the world of ours has ever been
Going ’round the sun
Making all the storms of life and biting winds
Come full circle now.

Soon the raging winds will halt and cease
All the way beyond our range
It will come, this tender, fresh and warmer breeze
Called the wind of change…

Cherish each other&every moment that life gives you, and have a wonderful New Year! 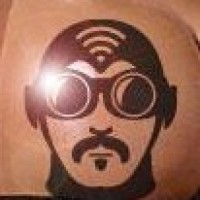 The Day's Most Fascinating News